Together with her team, Ms Lisa Kuchar, proprietor and establisher of the company Sprachenmanufaktur, offers a variety of  language courses in English and German (company courses and private lessons) as well as translation services.

Born in Reykjavik and raised in Vienna, she grew up bilingually developing an affinity towards languages very early on. She took her interest in foreign languages further to university where she studied the English and Danish language including literature and linguistics. After her studies she gathered experience in international companies working as a translator and proof reader.

Her teaching career began in 2008 when an ex-colleague from Serbia expressed a desire to learn German and  asked Ms Kuchar if she would teach her. Not one to shy away from a challenge, she agreed. As a result of her great efforts she was recommended further and soon found herself teaching other colleagues. To develop her teaching skills, Lisa successfully completed several certified courses on teaching and training and started up her own business in September 2010. 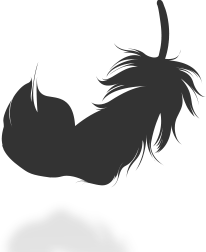 Wir verwenden Cookies, um Ihnen das beste Erlebnis auf unserer Website zu bieten. Sofern Sie diese Website weiterhin nutzen, stimmen Sie dem zu.
We use cookies to ensure that we give you the best experience on our website. If you continue to use this site we will assume that you agree with it.
Ok